Impress your friends by reading a book ! 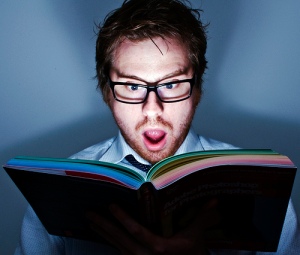 10. Marilyn Manson – The Long Hard Road Out of Hell
The book came out when Marilyn Manson was at the height of his career in 1999. It is a bit unusual for an artist to write an autobiography this early on; Manson was just 29 years old at the time of publication. However, the book does not lack its share of wild stories just because of its author’s young age. The Long Hard Road Out of Hell tells the story of young Brian’s (Manson’s birth name is Brian Warner) Christian upbringing, and various events throughout his childhood and adolescence that shaped him in to the androgynous creature he displays to the world.

9. Led Zeppelin – Hammer of the Gods
Although not an autobiography, author Stephen Davis’ Hammer of the Gods is a must on this list, since it is one of the most comprehensive written accounts of Led Zeppelin. Those of us born in the seventies or later had no way of experiencing Led Zeppelin first hand, so a book like Hammer of the Gods is a great way to familiarize oneself with the original hard rock band, that has influenced countless bands ever since. This book has it all – the ups and downs of the legendary Zeppelin; it deals with Robert Plant’s car accident, the loss of his son, and also the tragic death of drummer John Bonham.

8. U2 By U2
The official autobiography of one of the world’s most successful bands. In the same style as Aerosmith’s autobiography, the members of U2 tell their story in an interview style format. The book is very compelling because it is the first time that the band members themselves have told the full story of the formation of U2, and what transpired between their first two albums when the band almost broke up. What stands out in the book is the band members’ genuine love for each other, and perhaps that is the reason why they have managed to stay intact since their formation in the late seventies.

7. Paul McCartney – Many Years From Now
Macca’s biography Many Years From Now by Barry Miles, tells the tale of McCartney and how he came to ascend from a Liverpool working class background to pop music royalty in the sixties. It’s a great read since it tells the Beatles’ saga from their start in seedy clubs in Hamburg’s Reeperbahn district, all the way through to the breakup of the band. But there is so much more in the book as well, concerning McCartney’s post-Beatles career with Wings. However the book has an aura of sadness over it since it ends with an epilogue from Paul dealing with the passing of his wife Linda McCartney, which is so honest and heartfelt that it is almost overwhelming to read.

6. Slash – Slash
Slash’s self-titled autobiography is the closest we have to an official Guns n’ Roses autobiography. Slash and co-author Anthony Bozza candidly re-tell the life story of one of rock music’s greatest guitar players. The book takes the reader on a journey from Slash’s birth in England, all the way to his post GNR days in Slash’s Snakepit and ultimately Velvet Revolver. Slash talks about his mother, and the celebrities she used to hang out with when he was a kid, and he recounts stories of hanging out with Flea of Red Hot Chili Peppers when he was a teenager. But what makes the book special is that it gives the reader Slash’s story on Guns N’ Roses, from their formation in the mid eighties up until he left the band after the Use Your Illusion tour(s). We get to hear the inside scoop on what went on between Slash and Axl Rose, and how what was initially a genuine friendship turned sour and in the end ended the classic line-up of Guns N’ Roses.

5. Aerosmith – Walk This Way
Aerosmith’s tell-all memoir from 1997 was a project long in the works that came out shortly after the band had fired long time manager Tim Collins after supposedly having caused a rift between singer Steven Tyler and the rest of the band on purpose by suggesting Tyler was back on drugs. The band tell their story in an interview format, with comments from each band member nicely woven in to a coherent story that start all the way back at Tyler’s parents Trow-Rico ranch in New Hampshire in the fifties. It tells the tale of the band at its lowest in the early eighties with Tyler deep in addiction with Joe Perry, and Brad Whitford gone from the band. You also get the full scoop on how they were all eventually able to put their differences aside and kick their various addictions to return with massive success towards the end of the decade with the Permanent Vacation and Pump albums.

4. Johnny Cash – Cash, The Autobiography
If you were to describe this book with one word it would be bittersweet. The book focus mainly on the latter part of Cash’s career, starting off with the story of a home invasion that took place in the singer and guitarists home in Jamaica in 1982. In the book Cash talks about the success of the American Recordings album series, and touring behind them. We also get to hear about his friendship with Roy Orbison. Throughout the book the love that Johnny has for his wife June Carter Cash is obvious, they truly were life companions. What makes the book sad is knowing that a mere six years after its publication, both Johnny and June would be dead.

3. Anthony Kiedis – Scar Tissue
Anthony holds nothing back as he talks about the ups and downs of his life; growing up and spending time with Flea as a teenager, to the success with Red Hot Chili Peppers, and his battle with various addictions throughout it all.

2. Keith Richards – Life
When Keith Richards announced that he was writing his autobiography the project was stopped at one point because Richards claimed he couldn’t really remember much from the Rolling Stones’ glorious past in the sixties and seventies. He was eventually able to coerce enough memories to fill a hefty 500 plus pages of what is probably the best autobiography by a single rock personality. Of course many of Richards’ friends who were around back in the day help move the story along and fill in the blanks. It is such a fascinating read because it tells the story of a man who has taken the rock n’ roll lifestyle with all the excesses associated with it, and just gone all the way in to his late sixties with no signs of slowing down.

1. Motley Crüe – The Dirt
Let’s face it, you all knew this would be number one didn’t you? Motley Crüe’s 2001 autobiography The Dirt has it all. It’s a no-holds-barred account of the ups and downs of a band on the road, and the stories that took the various members from being innocent children to becoming the rock gods they are today. In many ways The Dirt helped save Motley Crüe as a band. The initial massive success of the eighties had been replaced by a decade of in-fighting, and a failed attempt at bringing in a new lead singer (John Corabi), and by the time the new millennium was fast approaching The Crüe were, although still popular, in considerably less of a demand than ten years prior. But through the openness by which the band approached writing The Dirt, and the excellent guidance and penmanship of co-author Neil Strauss the legend of Motley Crüe grew to new levels, and increased their popularity making them once again a much sought after live act.